This is the earliest catalog I've collected with the "Roth-Reynolds" name. Introduced in 1952 or 53, the new name represented the consolidation and merging of the Reynolds, Roth and Regent product lines.

This catalog was listed for sale as a 1954 catalog, but there are a few reference points that suggest a slightly earlier date:

The back cover lists the Superior Avenue address where the Scherl & Roth business office was located. As best I've been able to determine, they moved into that office in 1953. Scherl & Roth operated out of the Prospect Avenue factory before then and print ads from c.1953 have the earlier address with the Roth-Reynolds name.

While the back cover clearly states "Roth-Reynolds", the positioning of the separate "Roth Band Instruments" and "Reynolds" logos, as well as the separate page for Roth instruments (like earlier catalogs), suggests that the merging of Roth and Reynolds brand lines wasn't quite finalized a few years into the 1950s. 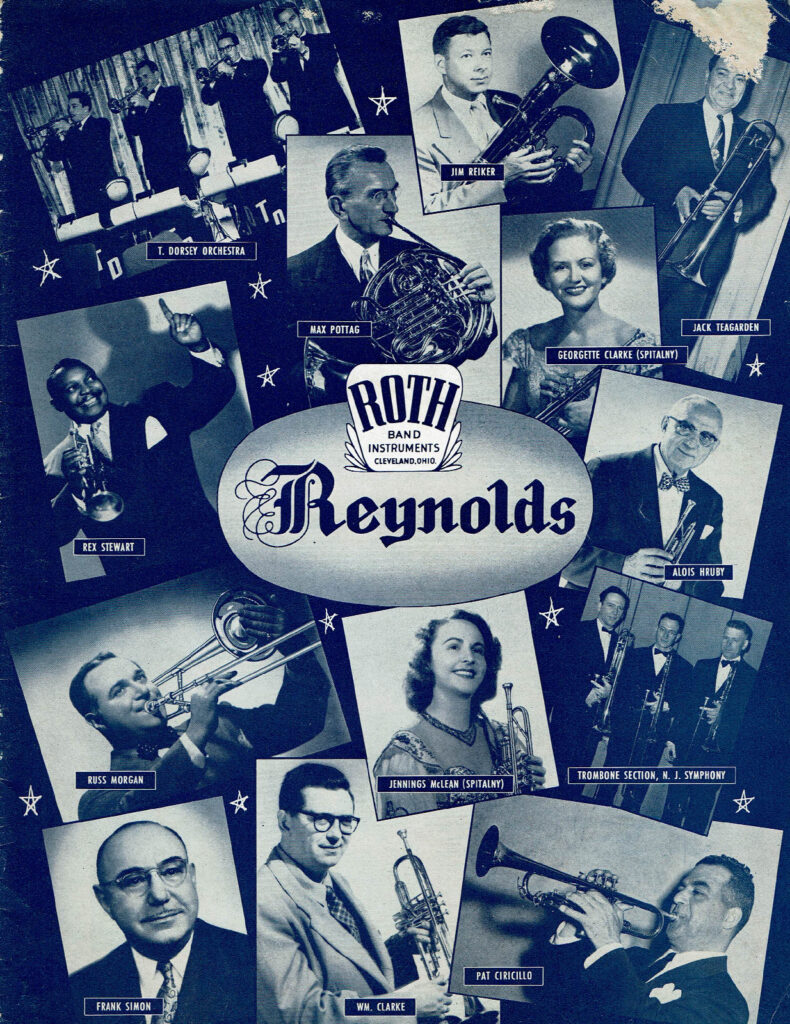 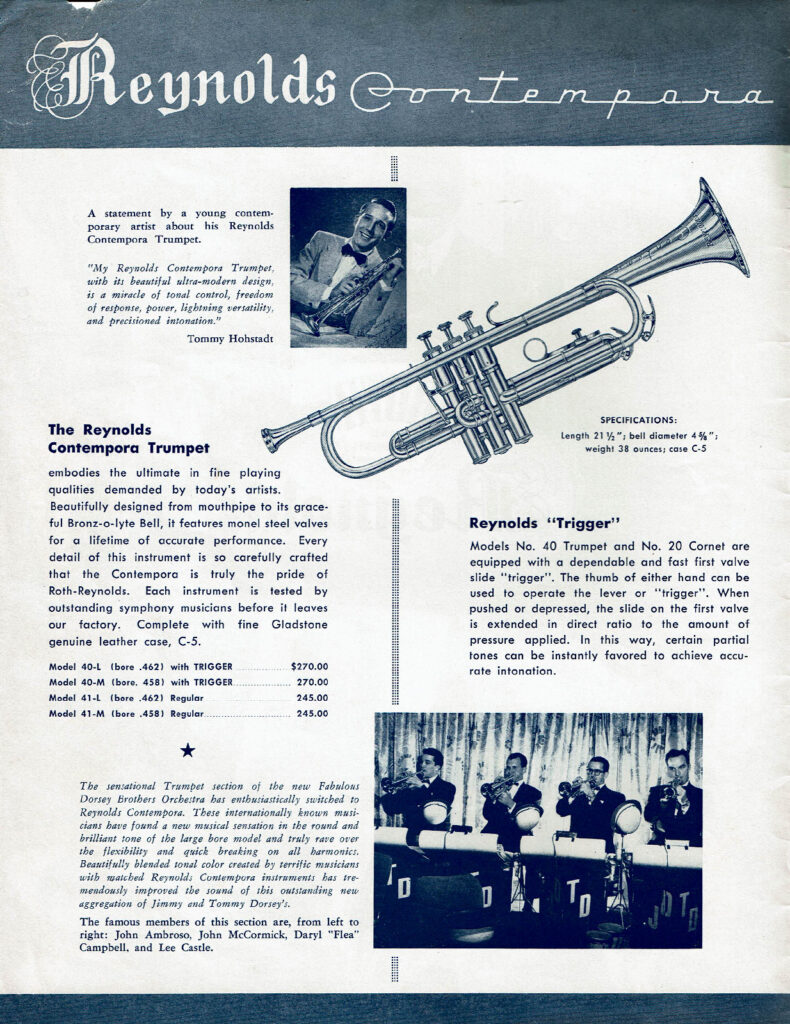 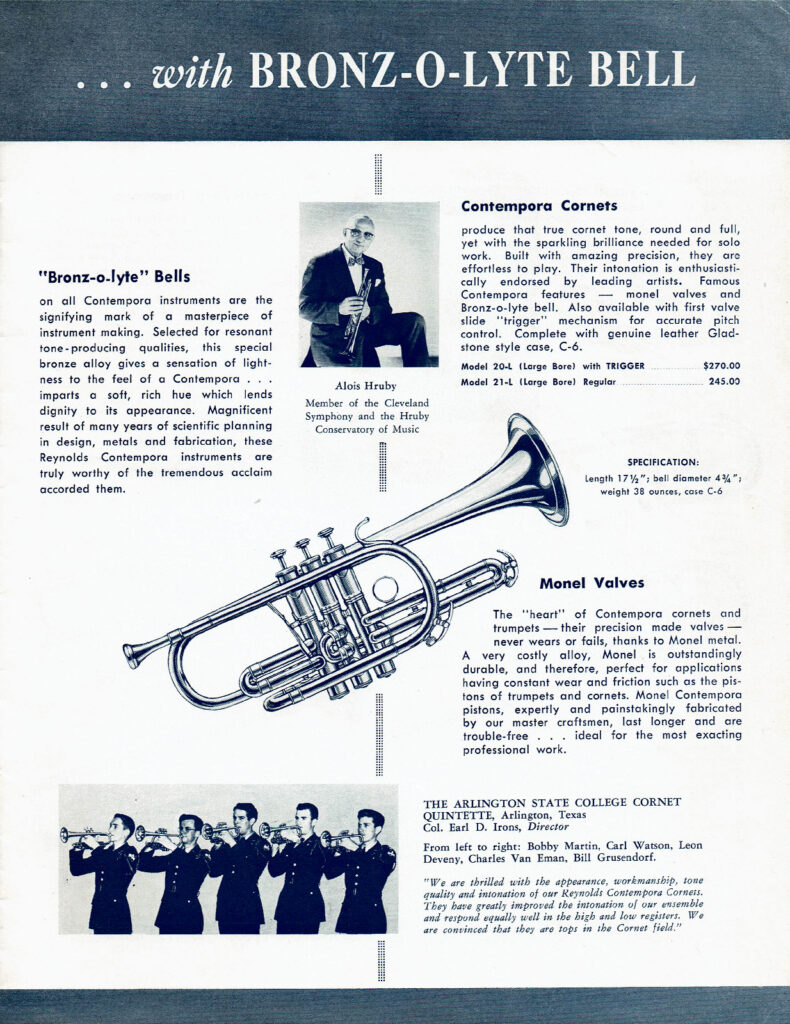 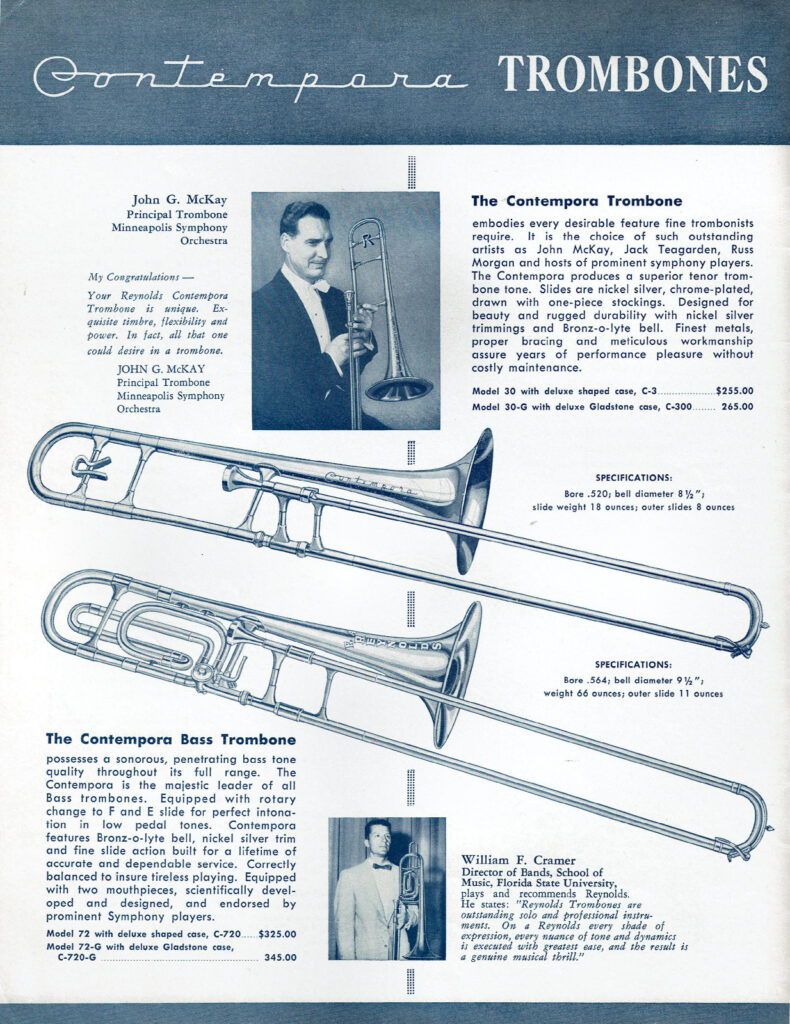 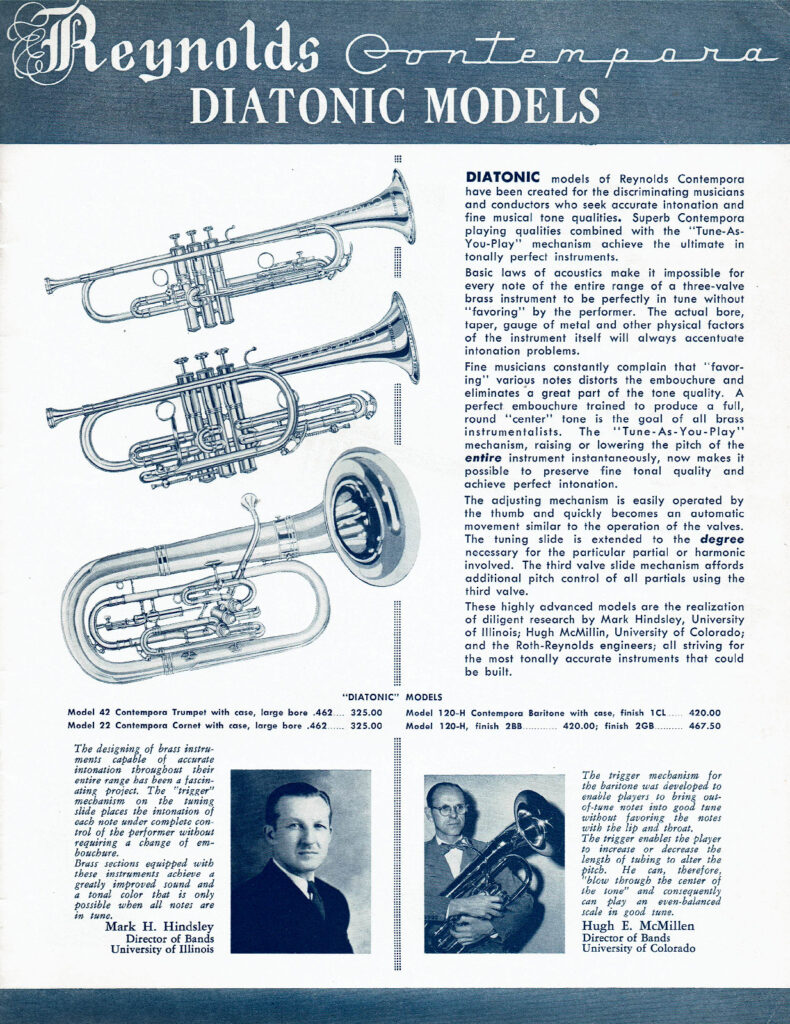 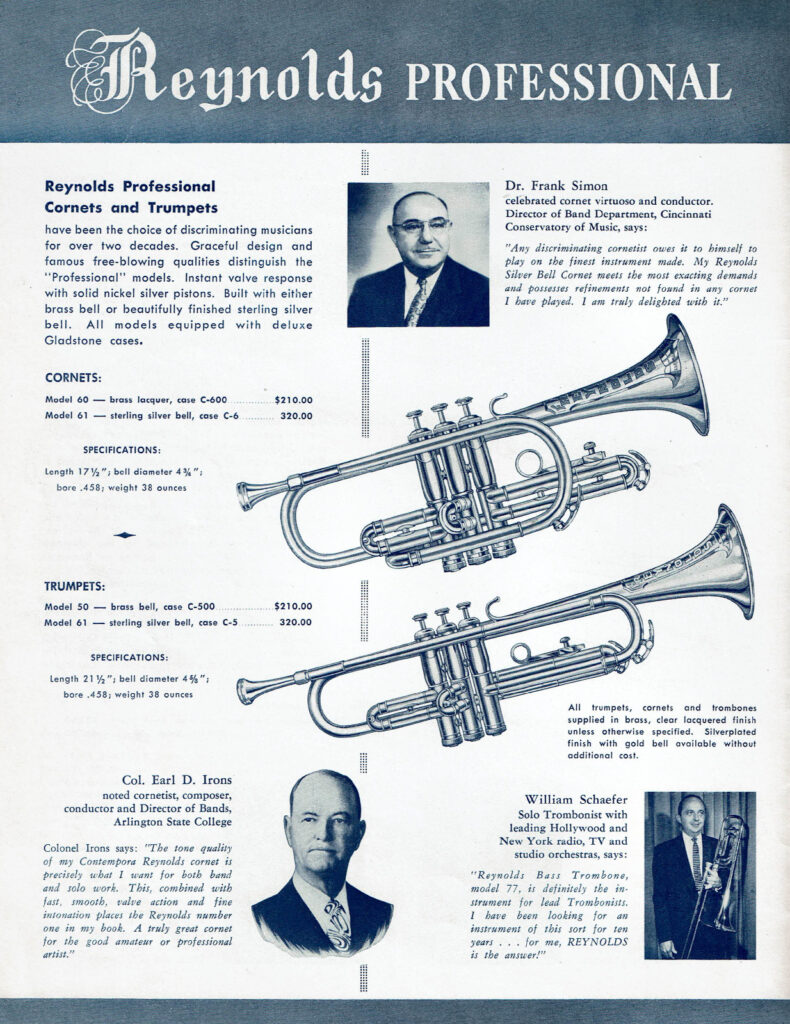 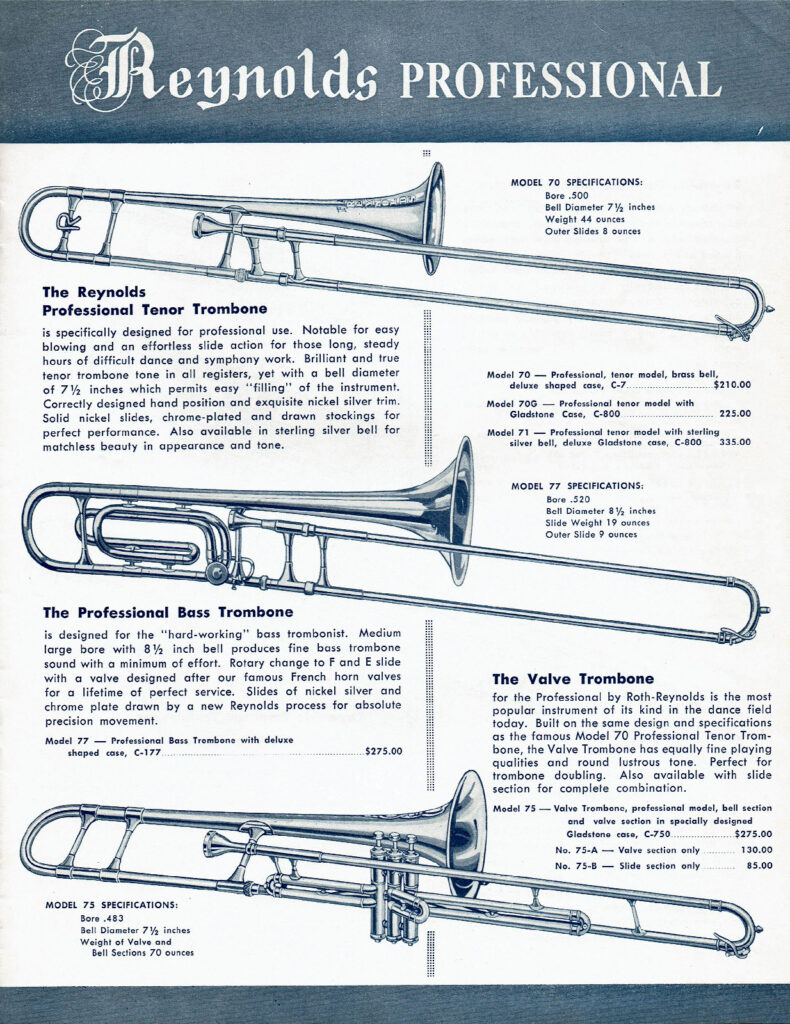 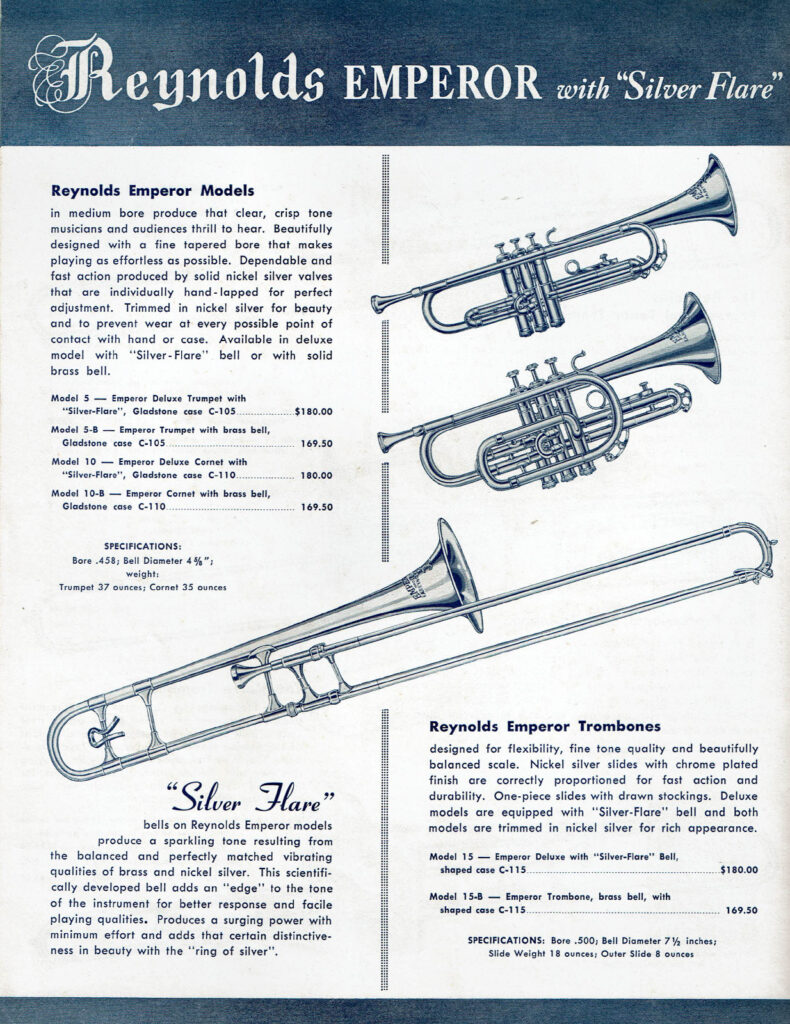 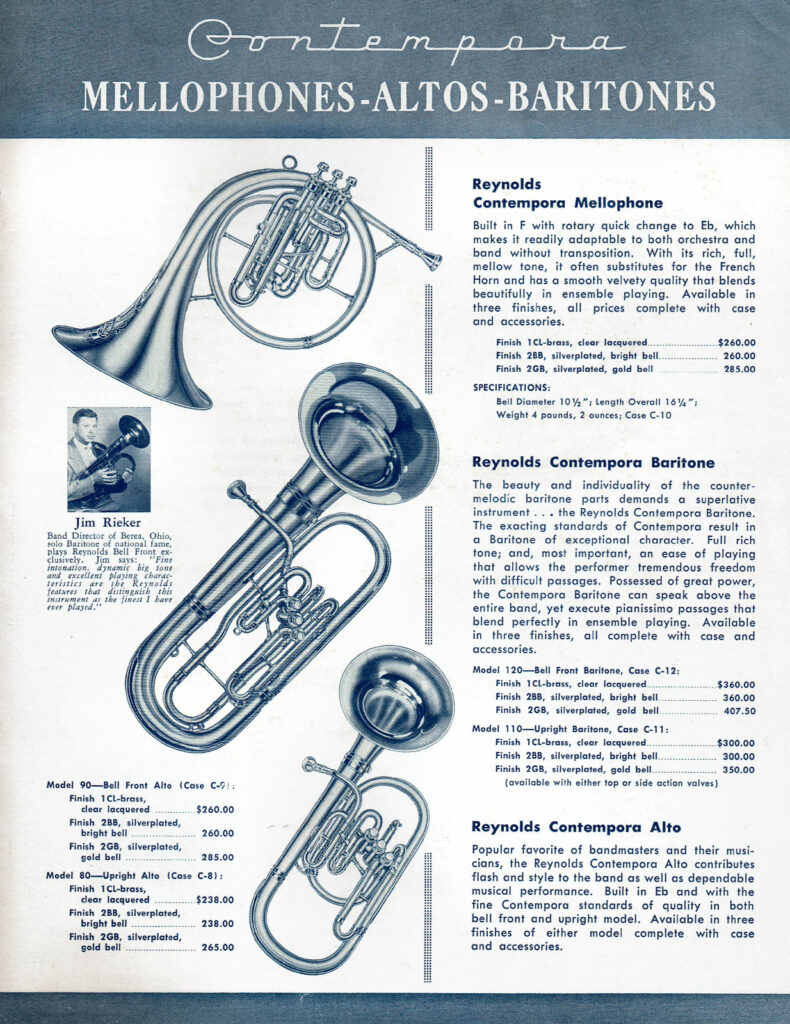 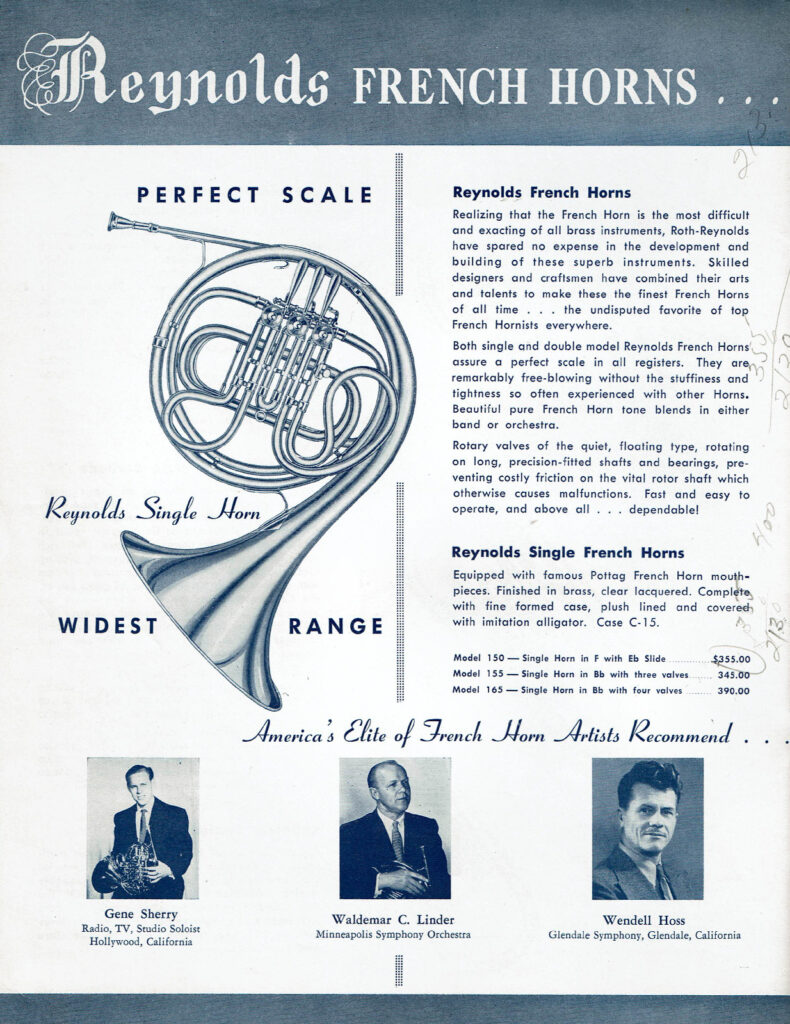 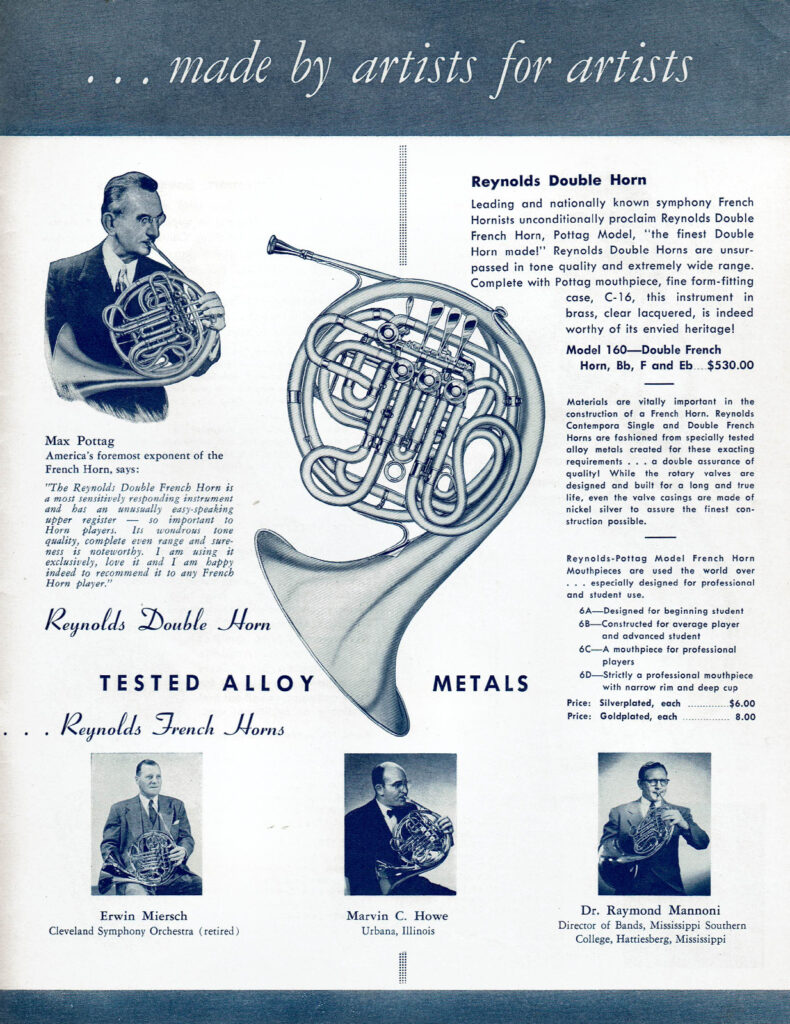 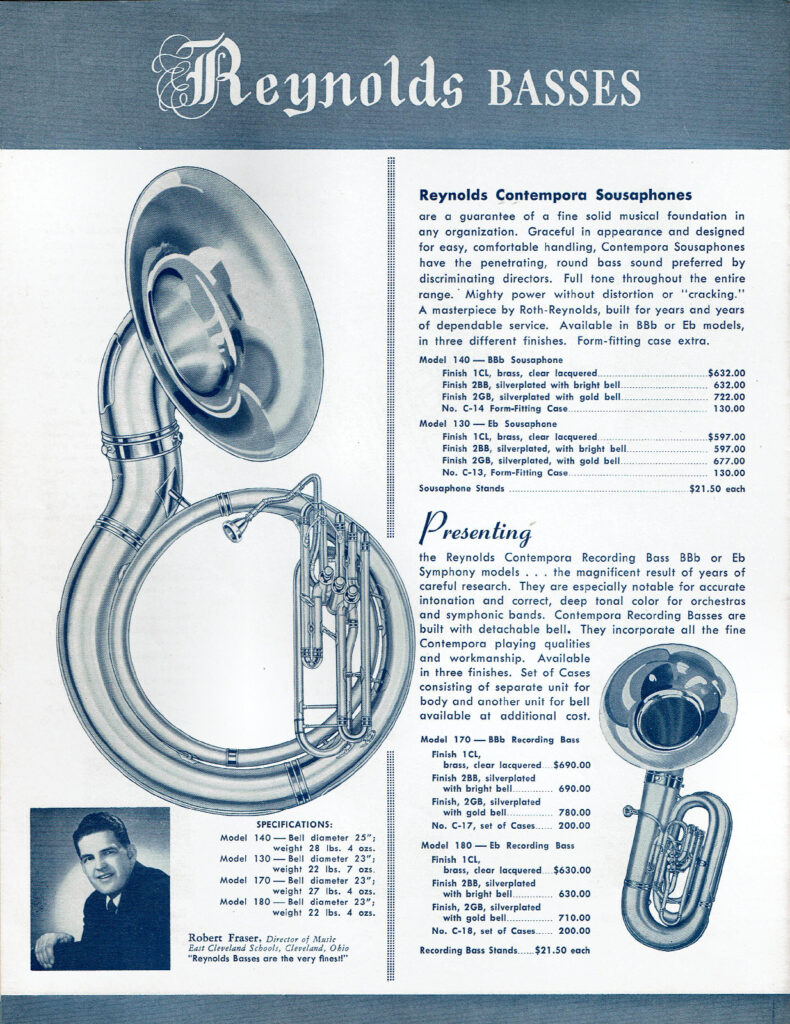 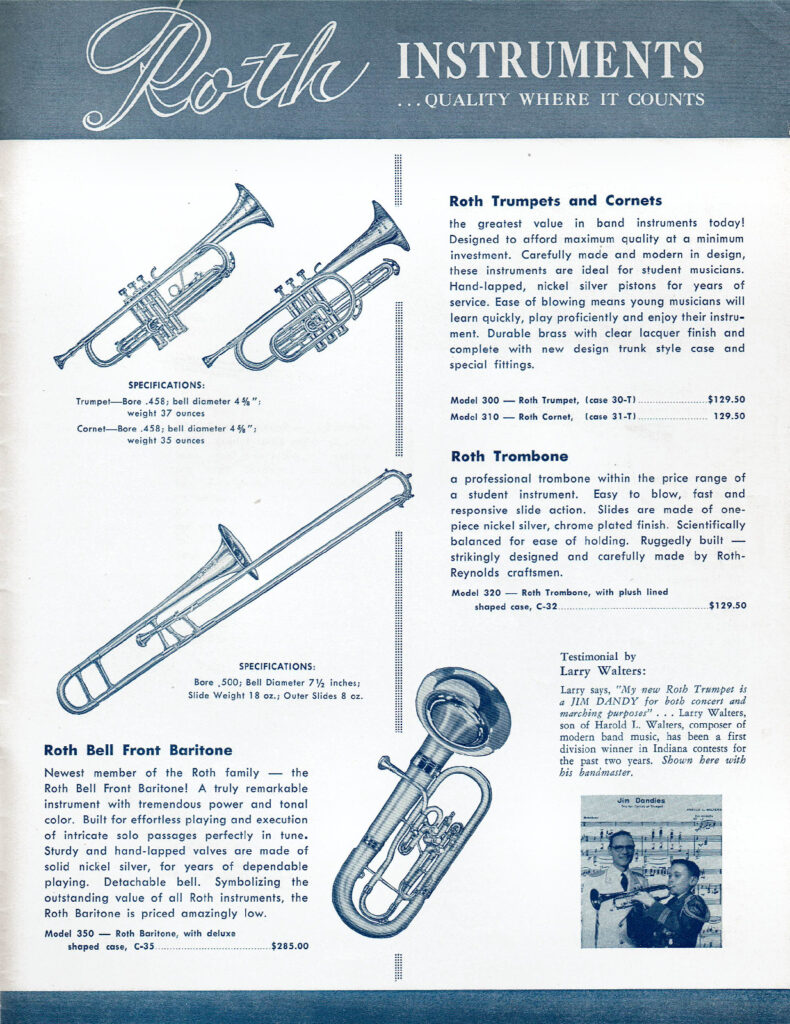 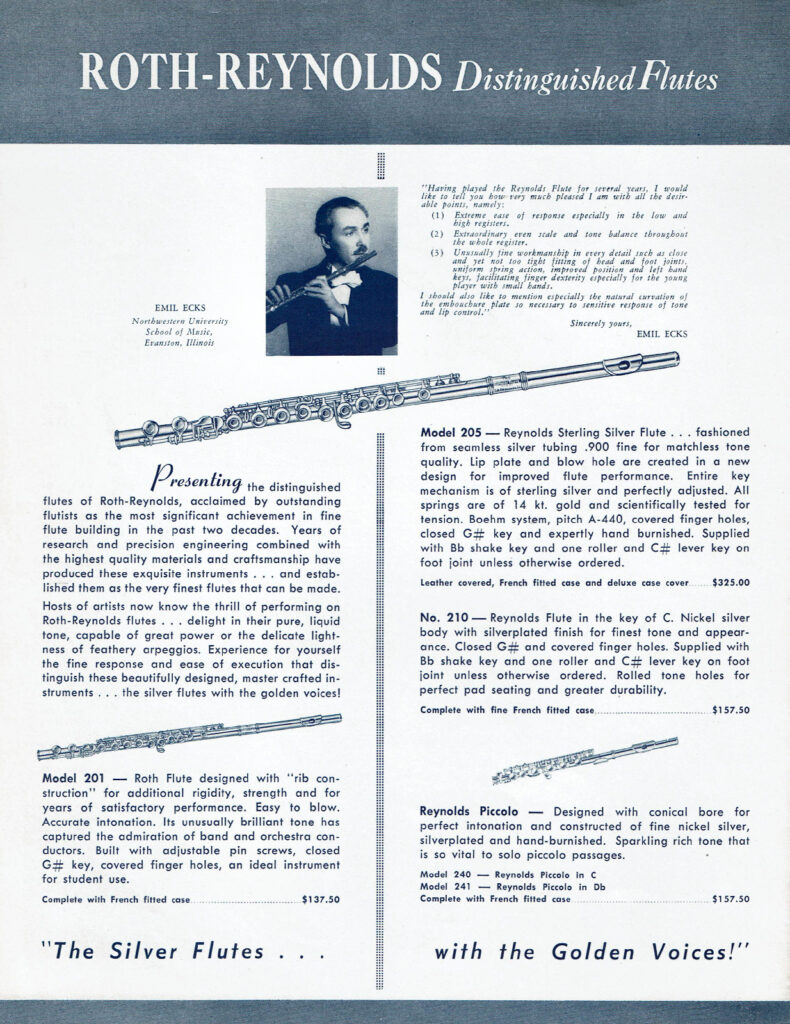 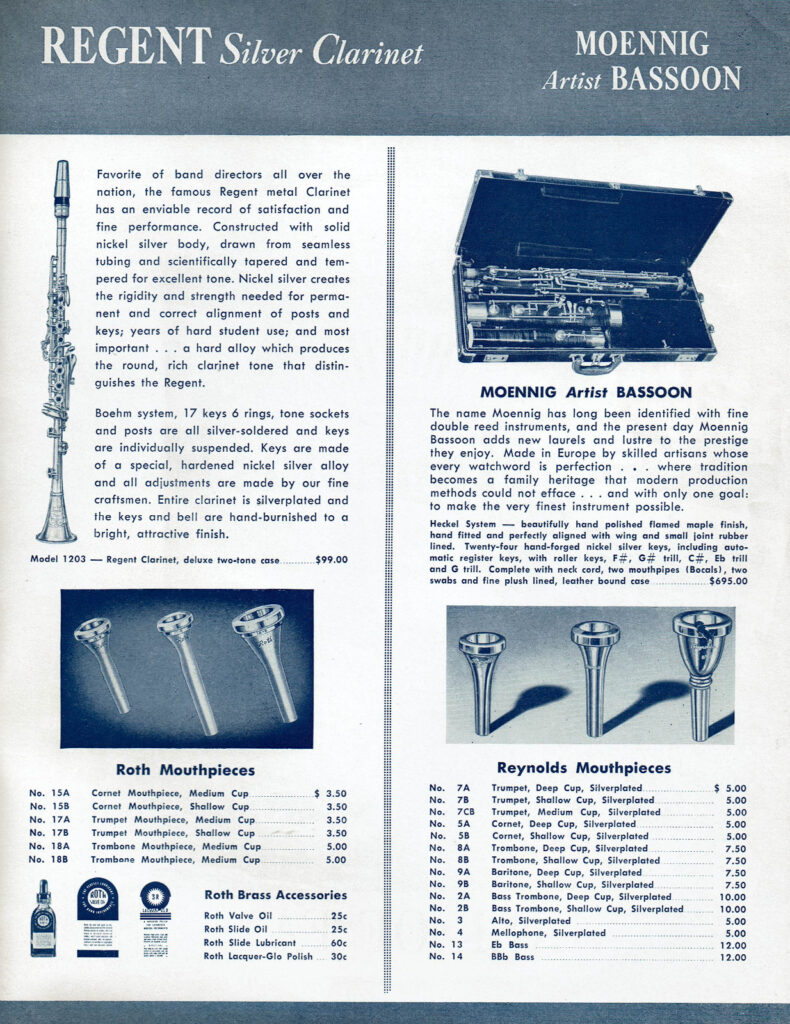 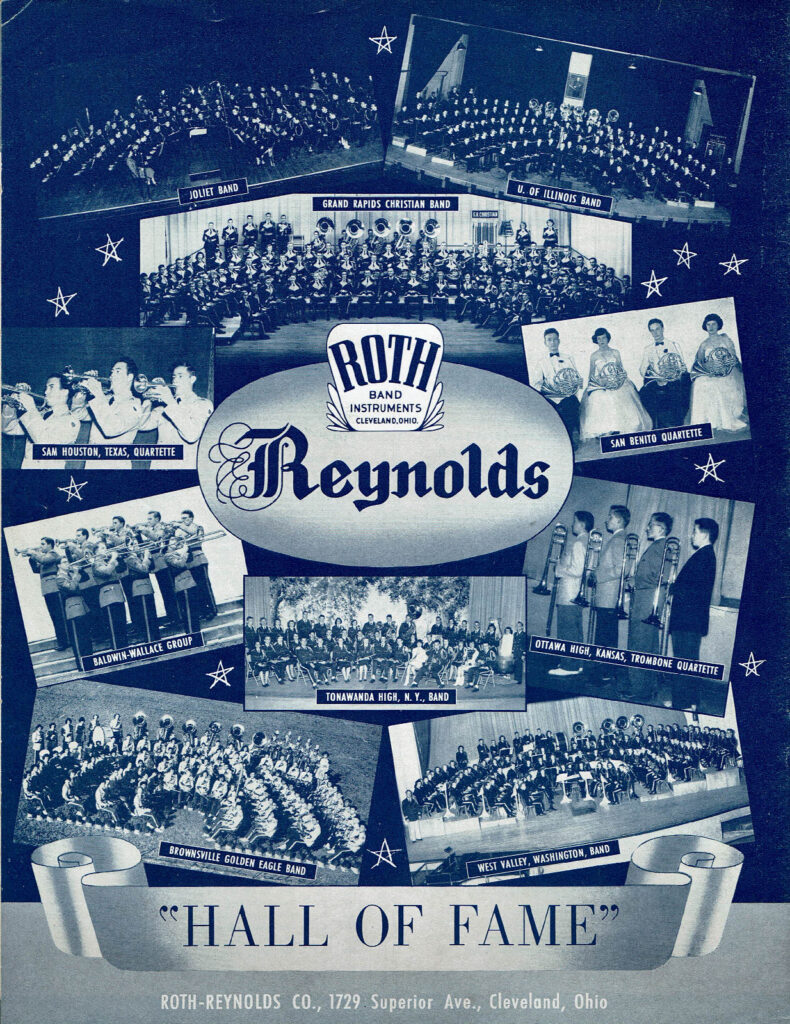