This catalog is very similar to the 1953 Roth-Reynolds catalog, with a few key exceptions:

There were a number of instruments introduced c.1955-56 that do not yet appear in these pages, e.g. the Hi-Fi cornet, Leonard Smith models of the Contempora cornet and trumpet, the Contempora "Philharmonic" bass trombone, etc. 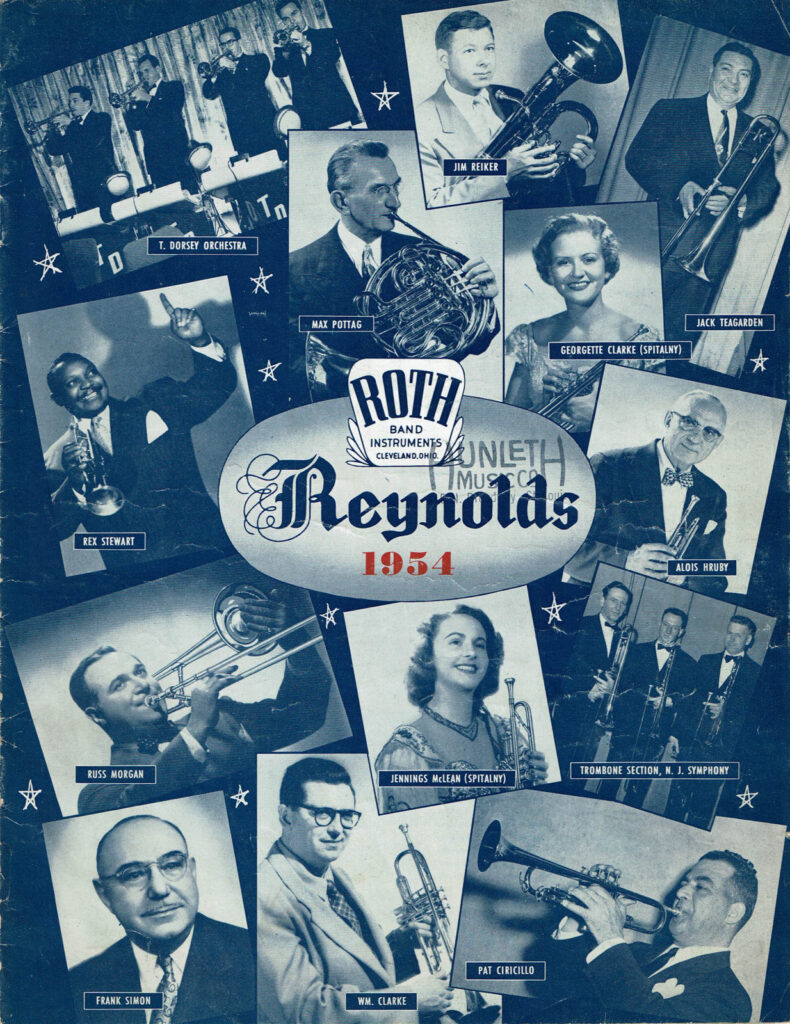 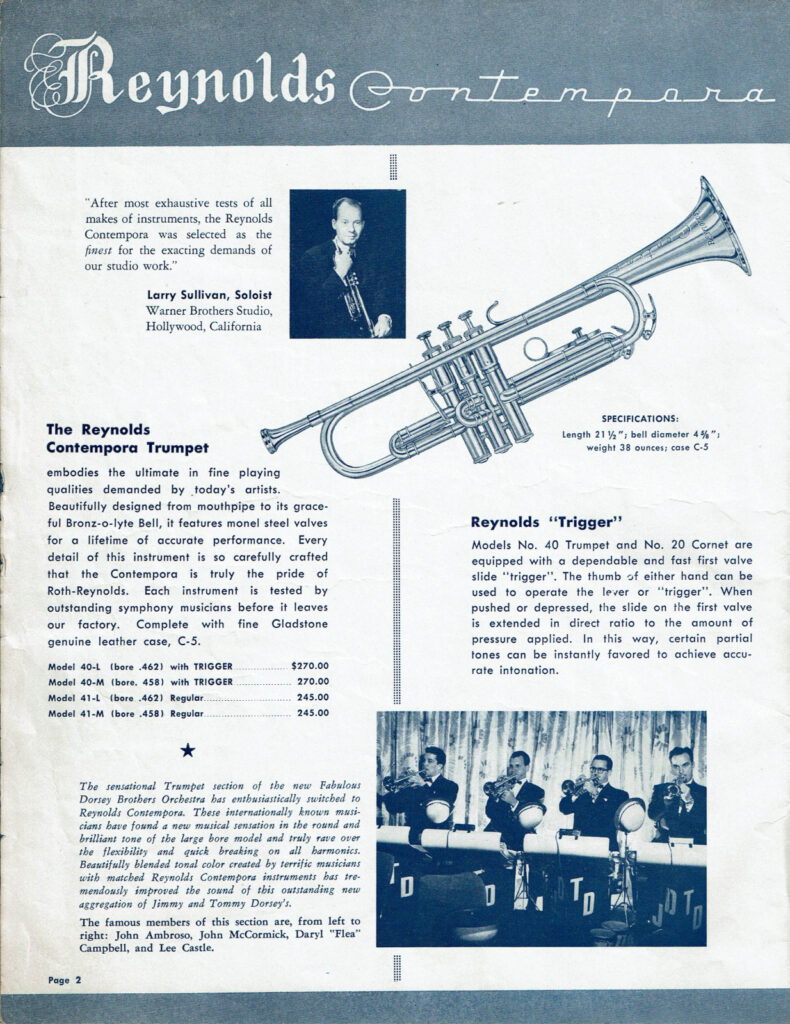 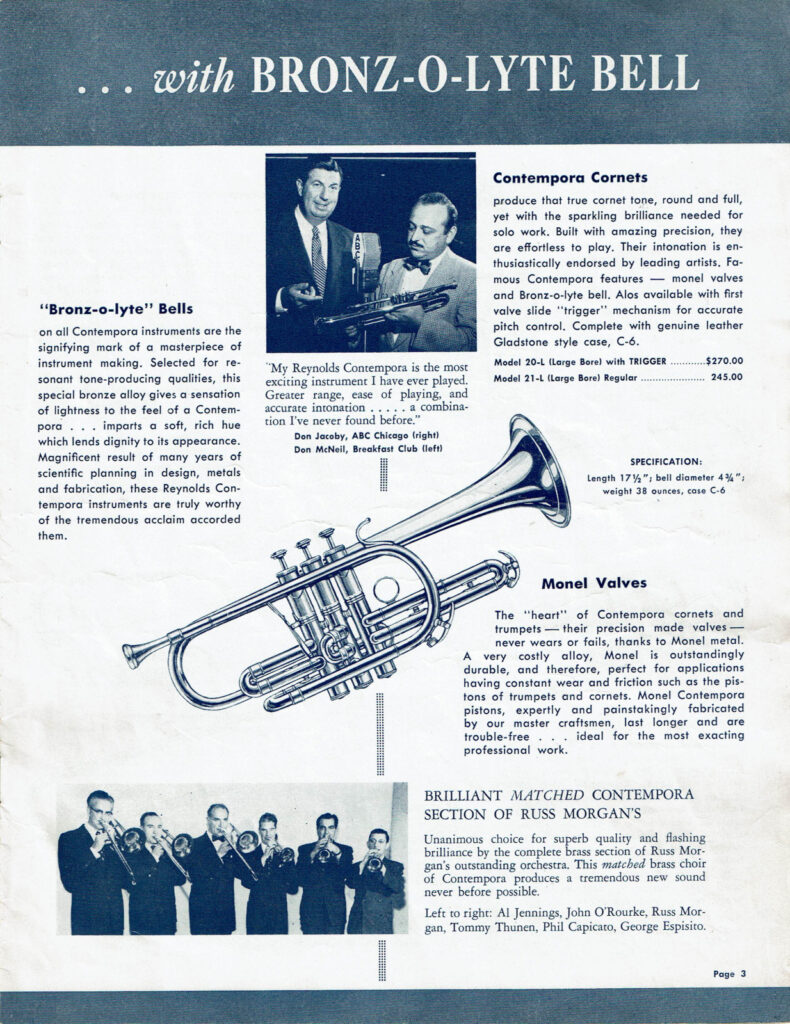 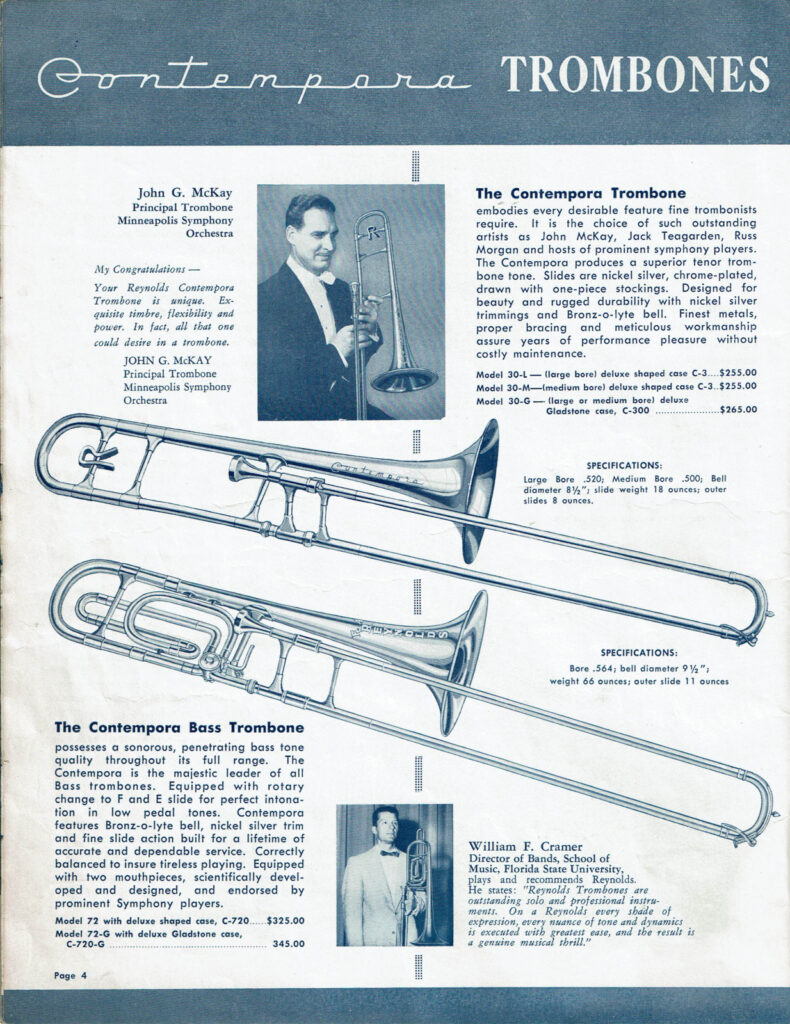 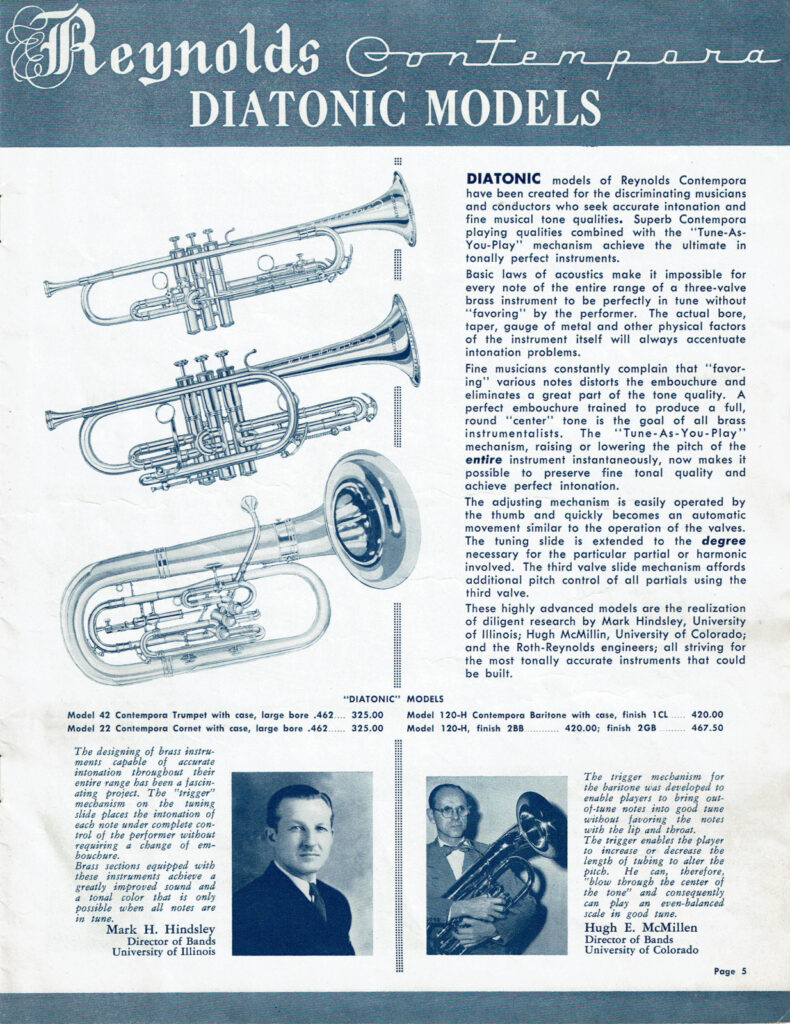 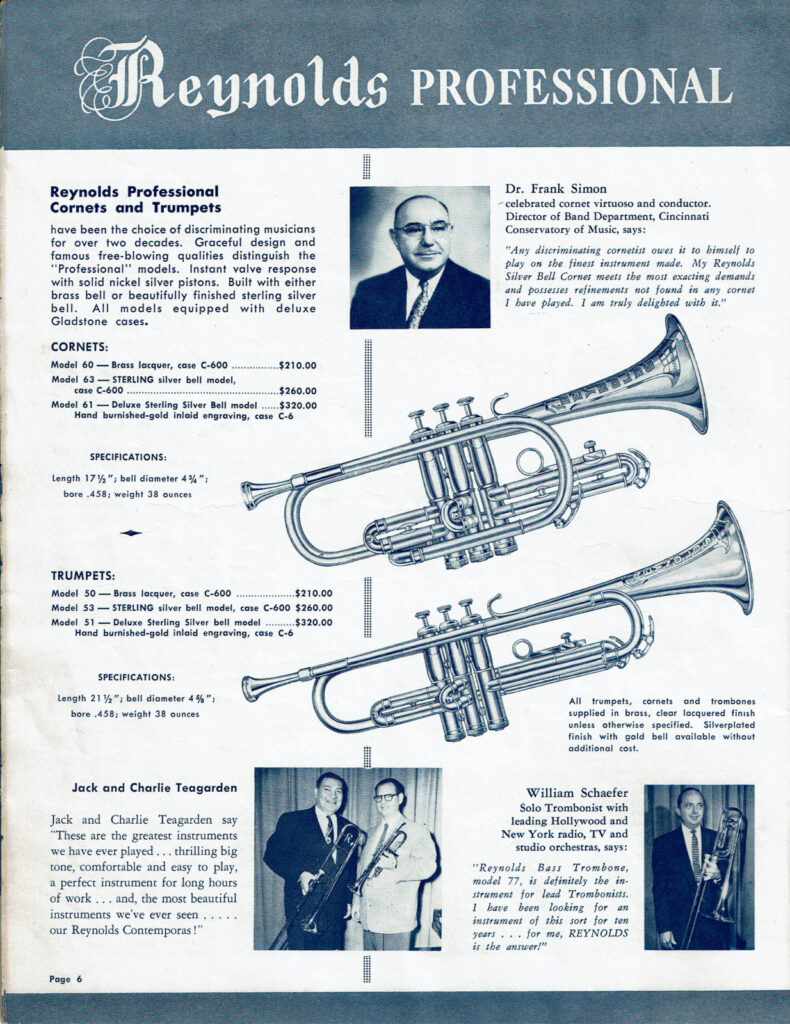 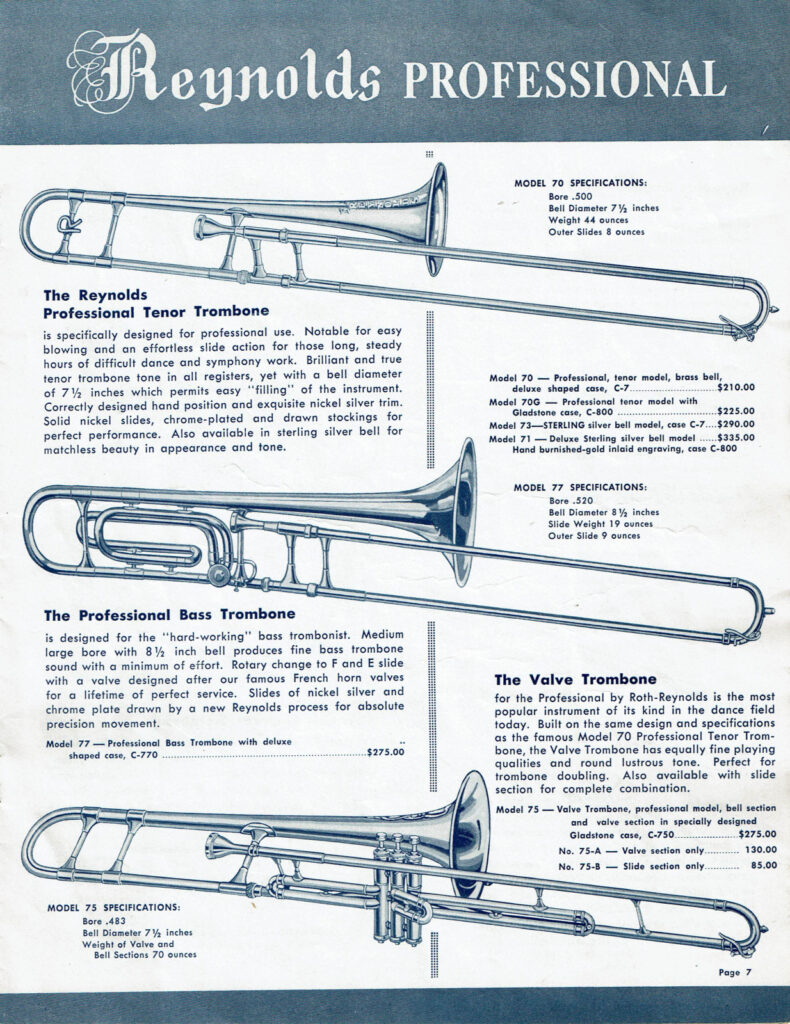 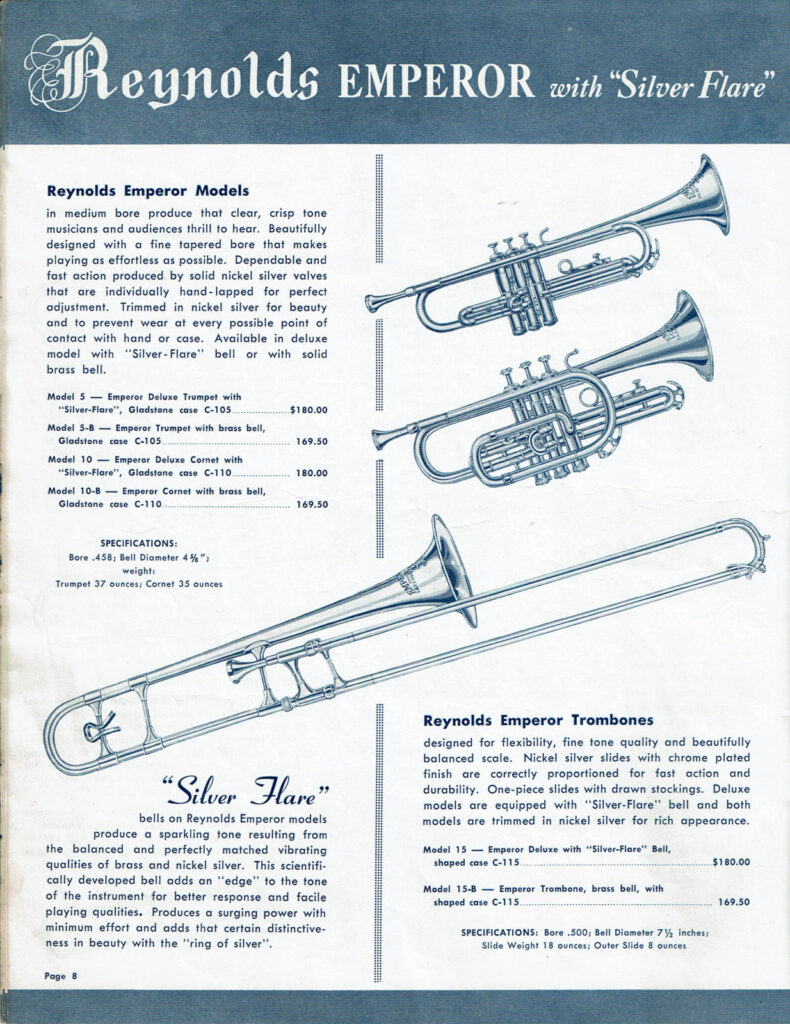 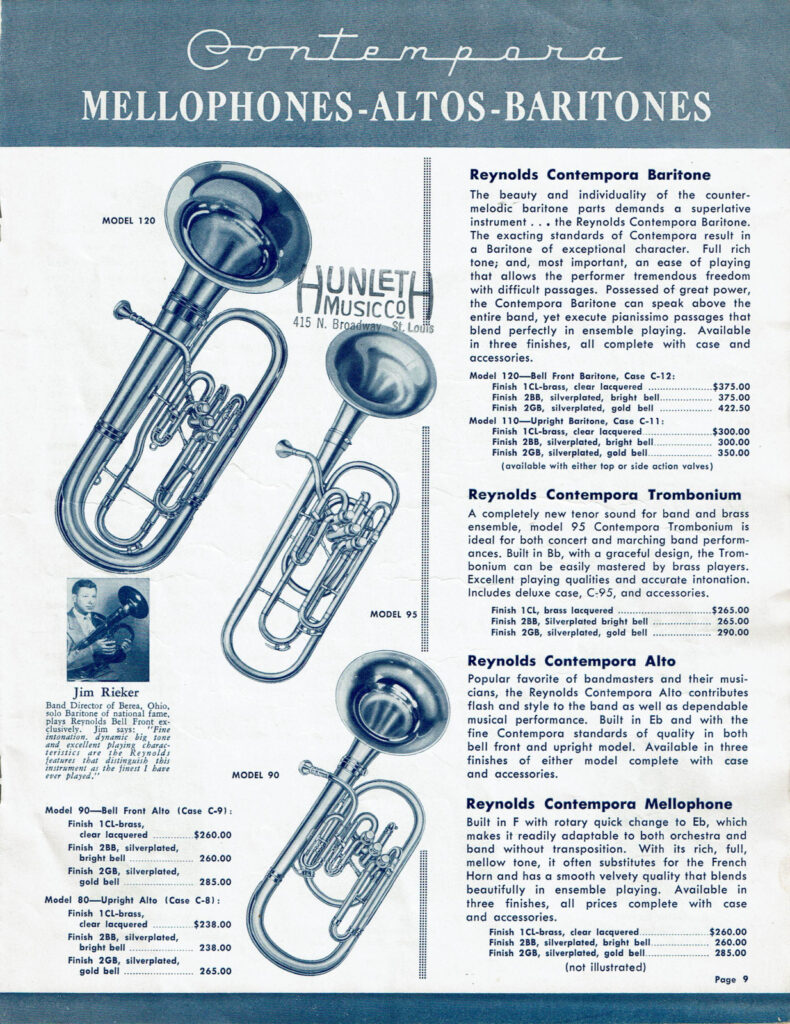 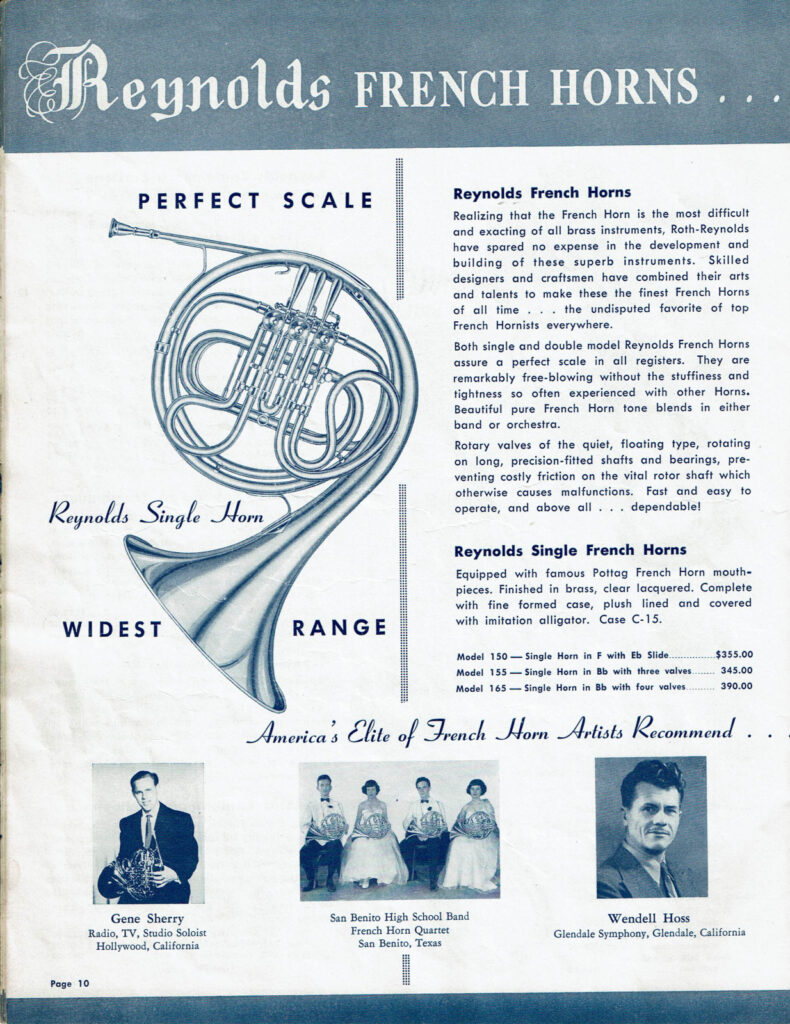 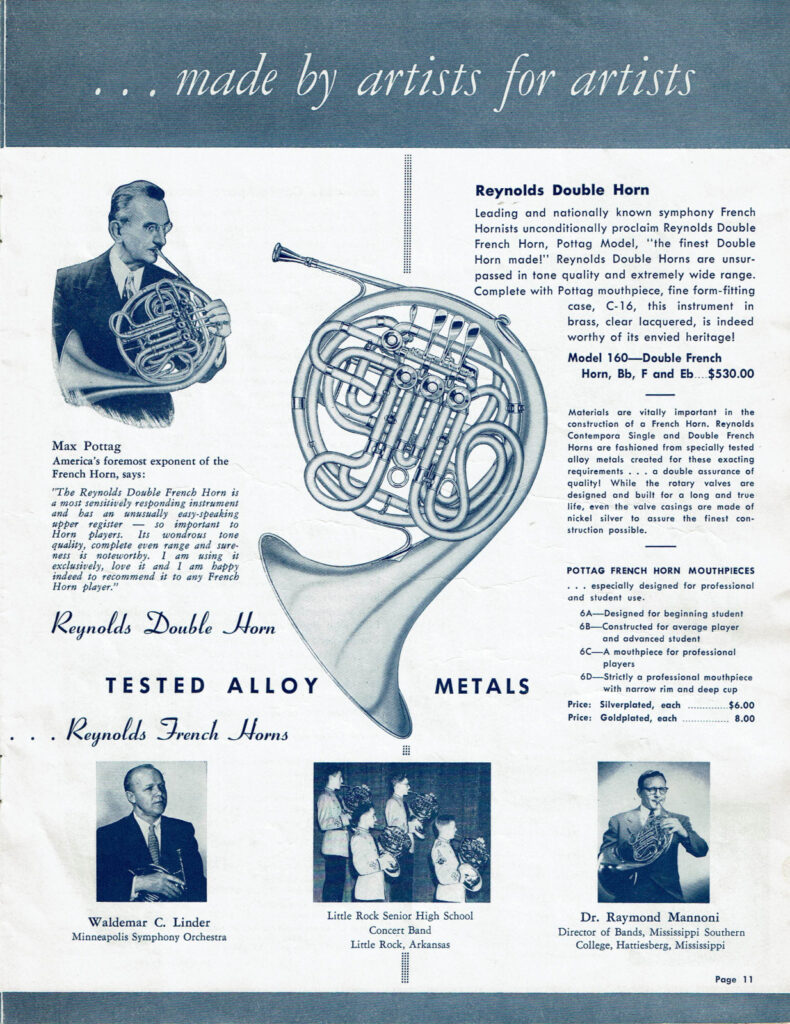 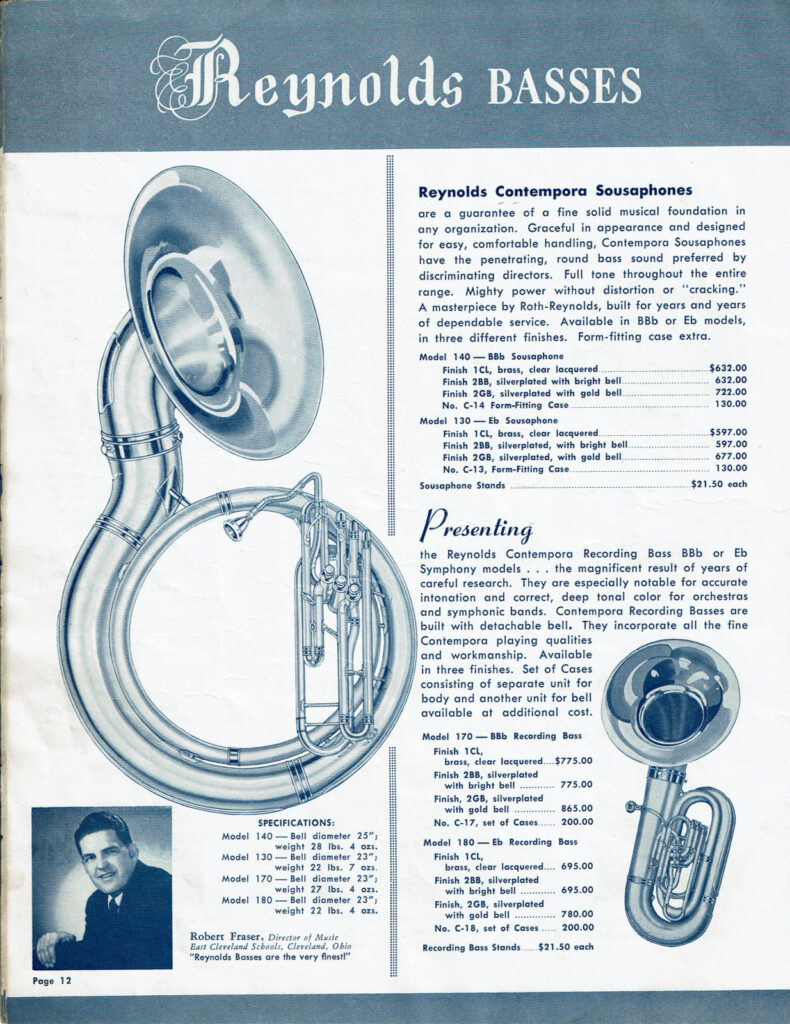 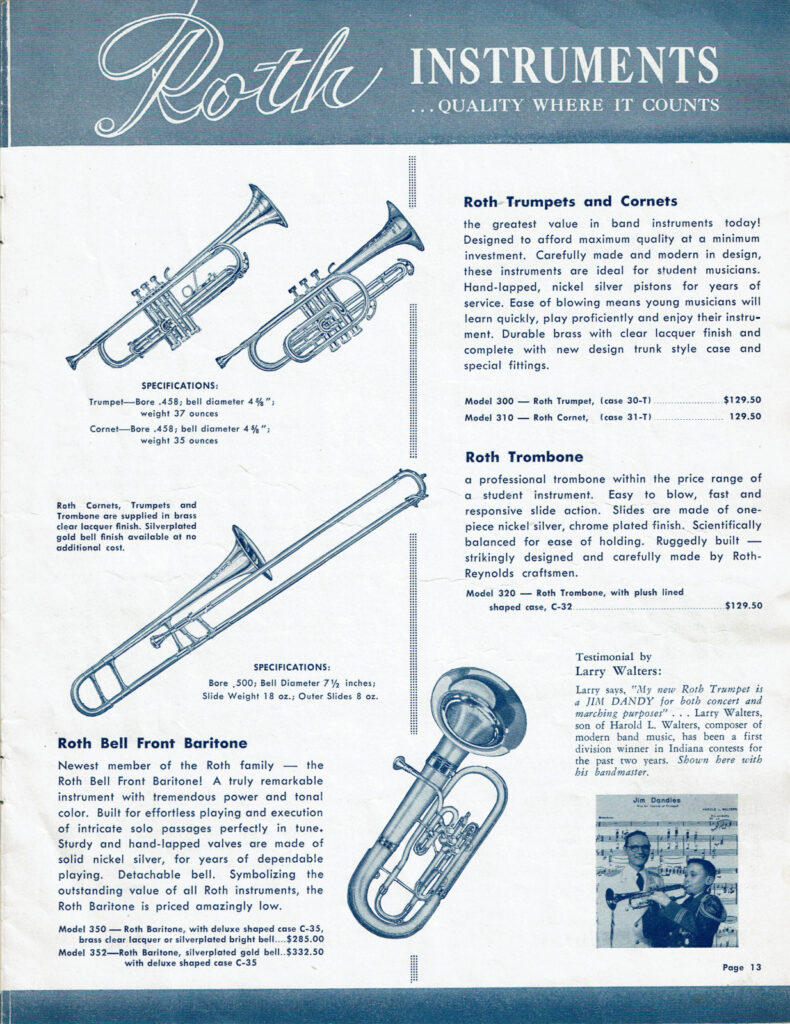 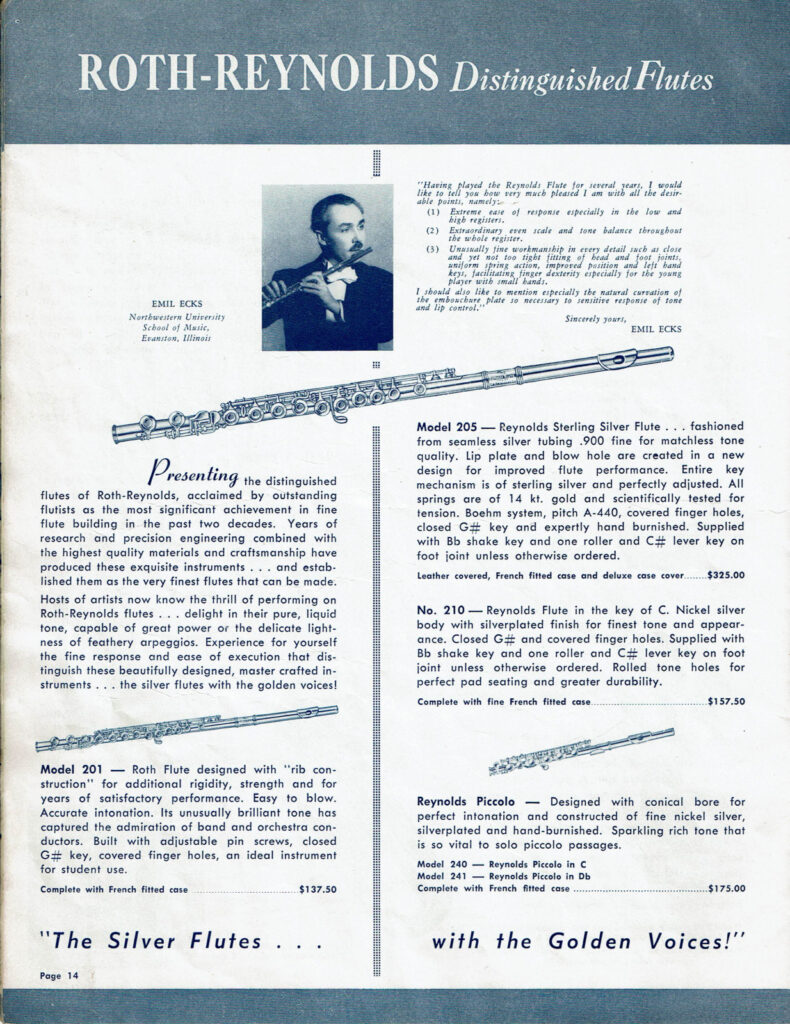 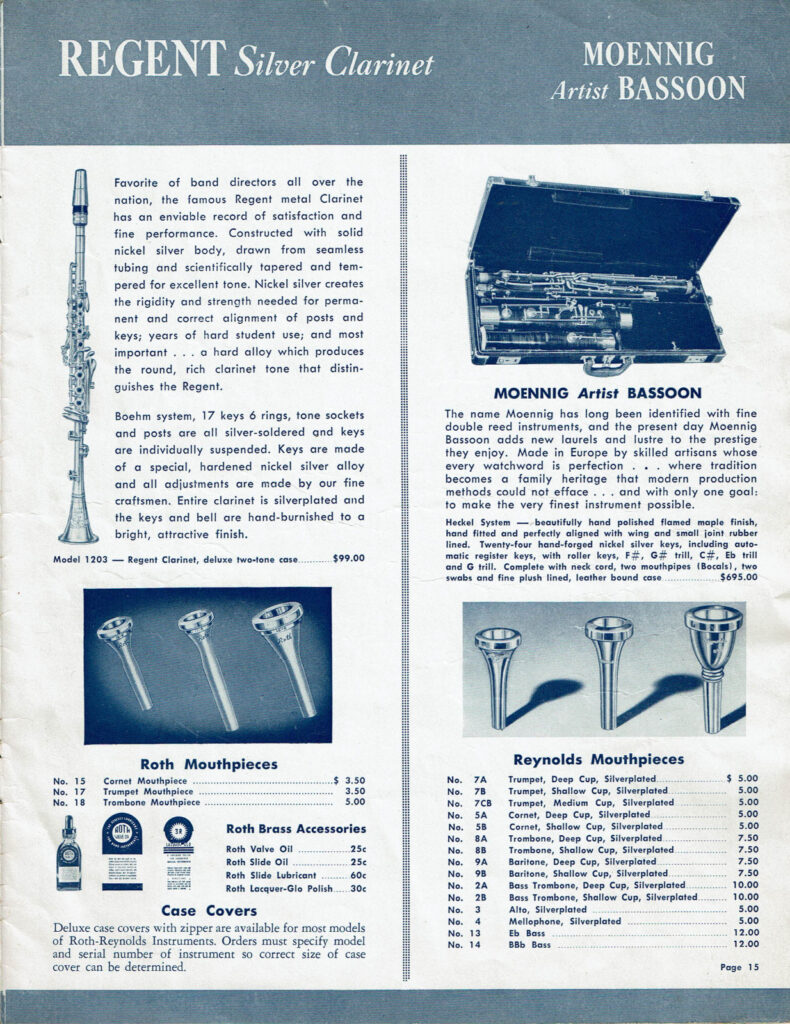 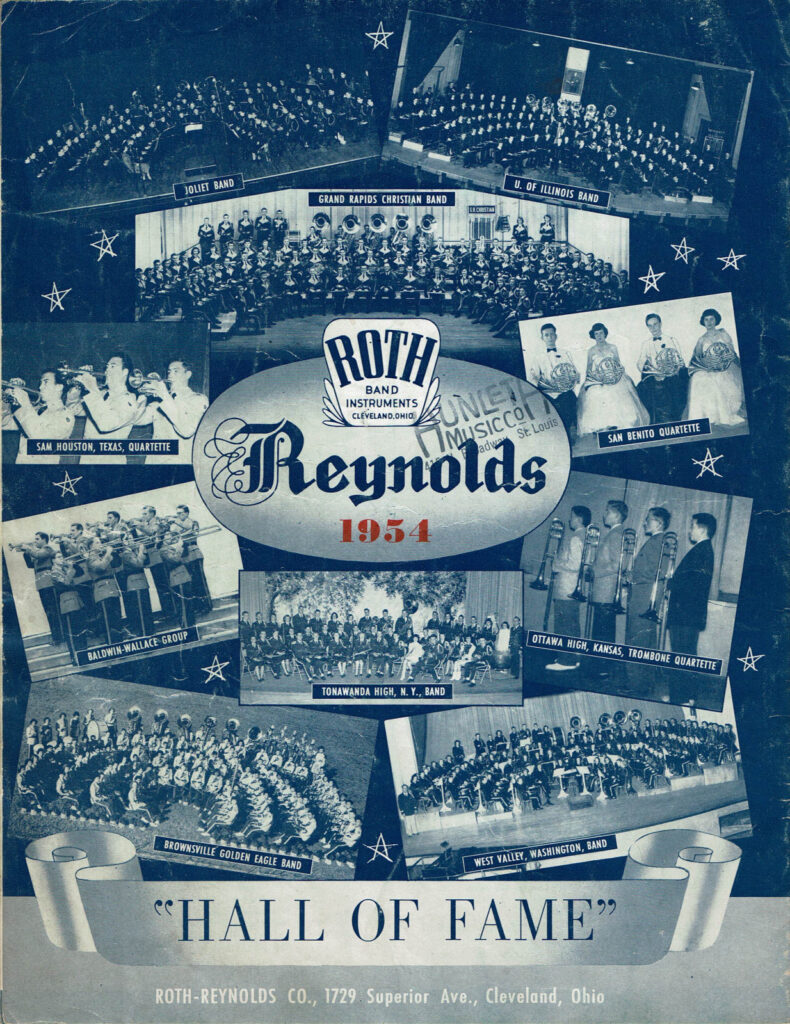