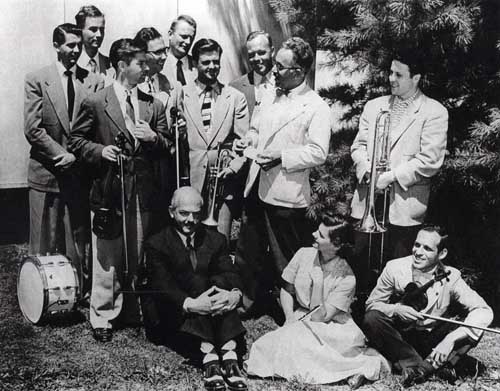 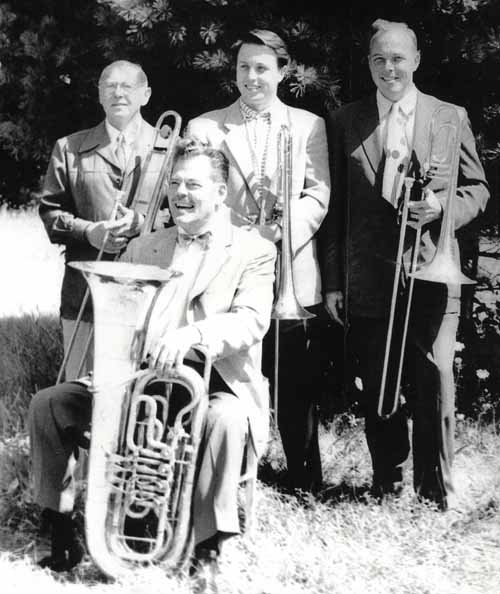 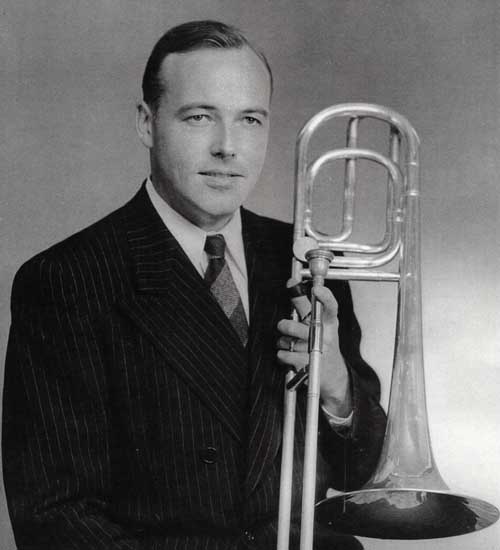 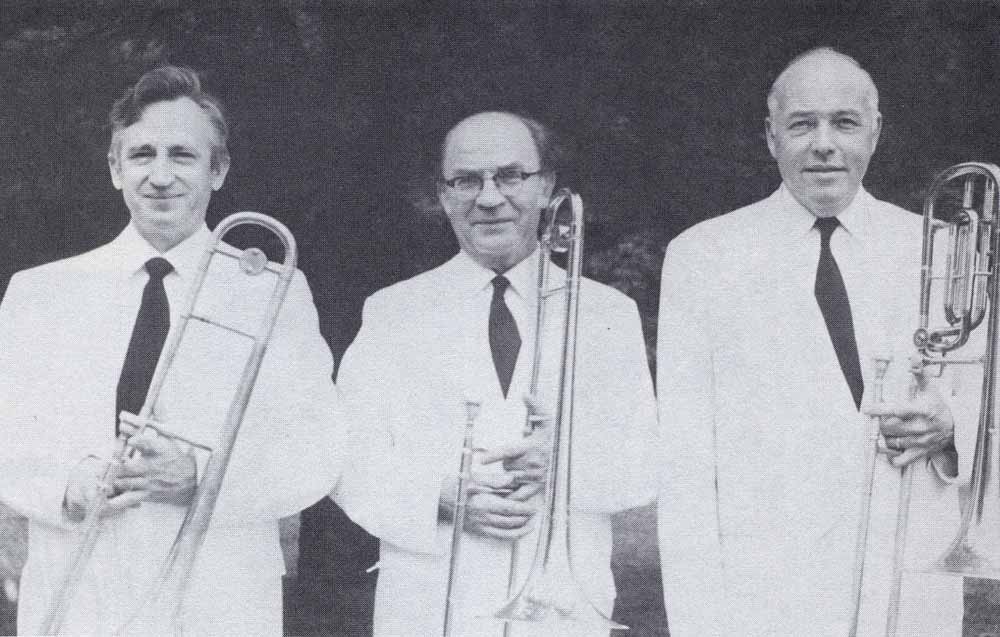 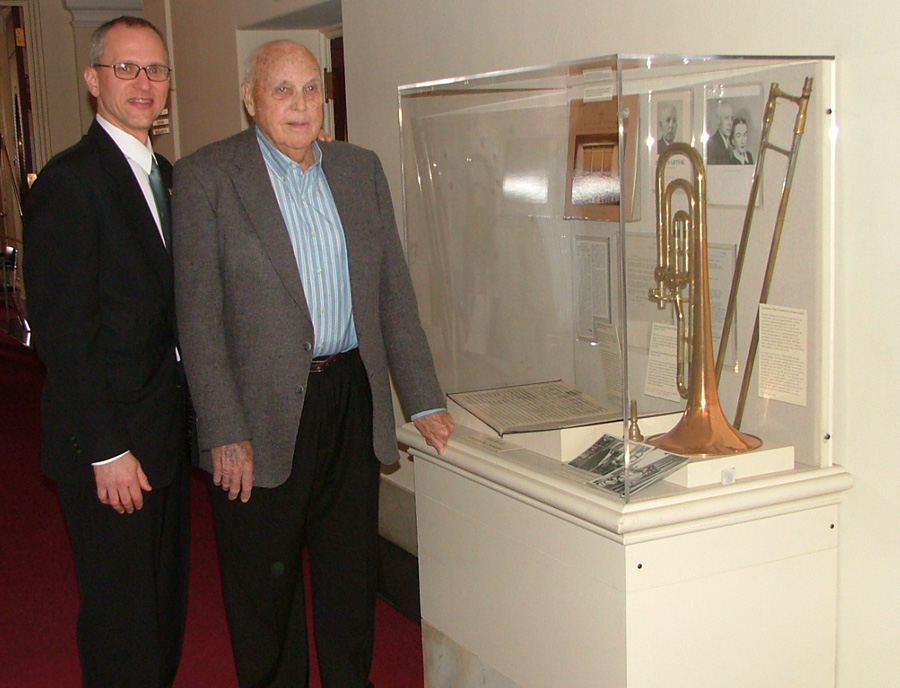 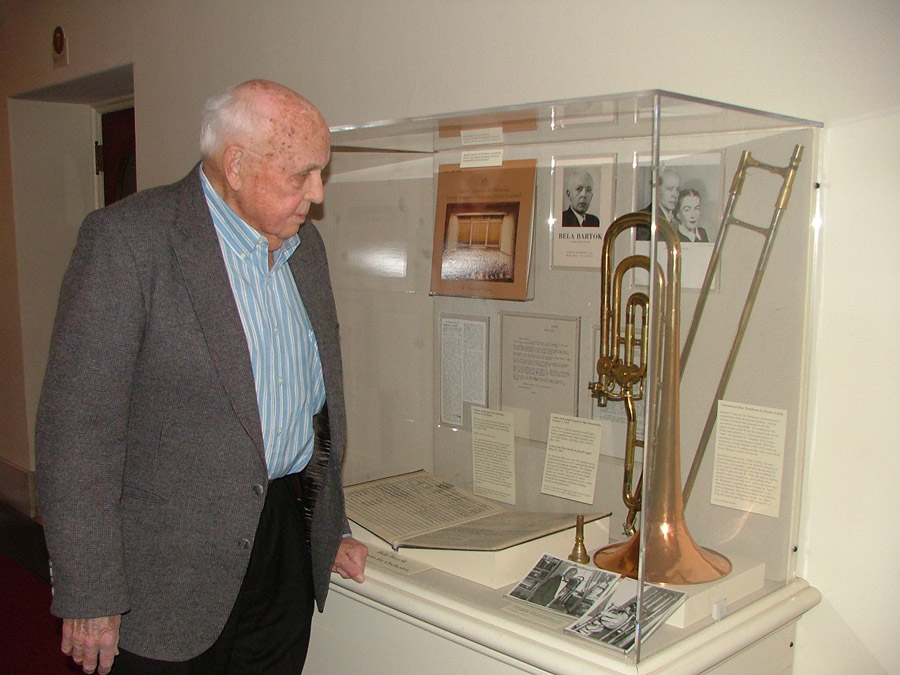 All photos provided courtesy of Douglas Yeo. Please do not copy or redistribute without permission.

Kauko [pronounced cow-ko] Emil Kahila is a first-generation American, born just outside of Boston, Massachusetts, in 1920. His parents immigrated from Finland around the turn of the twentieth century. Kahila's father and grandfather were active community band musicians in the New World and he started playing alto horn, then trombone, at a young age.

Kahila studied trombone from age 16 at the New England Conservatory under Hans Durck Waldemar Lillebach of the Boston Symphony Orchestra (1934-1941). Kahila's book of trombone etudes was written while he was a student at NEC; dissatified with the available published studies, he wrote one etude a week for a semester and brought them in to play for Lillebach. They were eventually published by Robert King.

Kahila had the opportunity to audition for Lillebach’s chair in Boston when the elder musician left for Cleveland in 1941, but passed out of respect to his teacher and not wanting to be the "young buck" to take his chair. John Coffey filled the position instead and played through the 1951-52 season before leaving to focus on his music store business.

While still in St. Louis, Kahila began a long correspondence with Reynolds regarding more effective ways of extending the chromatic reach of the bass trombone to low B. In an interview with Douglas Yeo, Kahila described his role in the development of the double-valve bass trombone:

The double valve came about when we were playing the Bartok Concerto for Orchestra which, as you know, was commissioned by Koussevitsky and premiered by the Boston Symphony. I figured there must be a way to get the low B, and if I added another length of tubing I could do it. I made the plans for it and submitted it to the Reynolds Company and they said, "Sure, we'll do it." So it worked. But you know the mechanics of the trombone; the air doesn't go as freely through the valves. But I didn't have too much trouble. I used to make the gliss pretty well with it. The secret is to hit it, and when you move the slide, you're already off the second valve. Anyway, Reynolds gave me one of the horns since I had the idea and then they commercially marketed it.

In another interview, Kahila noted that there was no discussion of royalty payments with Reynolds and that he was just happy to have a trombone where he didn't have to "fake [the low B] anymore." [Cape Cod Times. May 20, 2002. Pages B1-B2.]

Kahila had joined the BSO playing a Schmidt bass trombone originally owned and played by his teacher, Lillebach. Kahila picked up a Reynolds single-valve bass trombone [model 72-X] in the mid 1950's for the Boston Pops concerts because it was lighter and more responsive than the Schmidt. Even after the double-valve Reynolds model was available, Kahila preferred to play the single-valve Reynolds or Schmidt as his "regular" horn.

A featured artist with Reynolds during the 1950s, Kahila appeared in catalogs and advertisements for Reynolds bass trombones along with fellow artists Allen Ostrander (New York Philharmonic) and Louis Counihan (Metropolitan Opera Orchestra).